Whether you’re looking to become the owner of a pet grooming franchise or you’re scouting out various industries, one thing stays the same: the rich in every industry have a handful of daily habits that they suggest every business owner do. As the owner of a pet grooming franchise, you’re cheating yourself out of greater success if you don’t make these 5 things part of your daily routine. In a report done on the difference between the “rich”, those who make more than $160,000/year and have $3.2 million or more in net liquid assets vs. the “poor”, those who make $35,000/year or less and have less than $5,000 in liquid assets, these are the things they found that made the biggest differences:

1. Daily Reading is a Must

According to the study, those who fell into the 88% wealthy bracket read for 30 minutes or more every day while only 2% of the poor class reported to daily reading. 86% of those who read said they loved doing it. Reading can make all the difference in the way you run your pet grooming franchise and greet other people. Studies have been done that show a greater level of compassion and critical thinking skills in those who read more, regardless of whether they read fiction or nonfiction.

30% of those in the rich category ate less than 300 calories of junk food on average per day while 97% of those who fell into the poor category did the same. On top of that, 76% of the rich class were part of some aerobic exercise program four days a week. This statistic is a little more difficult for individuals whether they own a pet grooming franchise or not. The rich often have more time and more money to devote to specific eating programs and workout clubs. Whereas those in the poor category often work long hours for little pay and may not have the time or energy to live the fittest lifestyle. With that said, those who eat better and do a minimum of 150 mild cardio workouts a week feel improved energy all day long which helps to make them more productive overall.

3. Make Lists and Keep Them

It turns out that those who are considered rich believe in list making because 81% of them keep daily to-do lists while only 9% of those in the poor category feel the same way. Making lists, especially residual lists that can help keep you on track daily is a great way to increase productivity and keep your mind on track, just ask the owner of any pet grooming franchise and you will find the benefit in list making very quickly.

While lists are helpful to completing tasks on a regular basis, they will do little for you if you do not have an end goal. In order to make your lists or activities feel like they are doing something, you should always be working toward something. By having a goal, you have a way to measure your daily, monthly, and yearly activity and growth. When you set goals, you should put them in an easy to read place in your pet grooming franchise to refer back to them as needed to remind you. By the way, 80% of those who are considered “rich” set specific goals while only 12% of those in the poor category did the same. On top of that, over 80% of those in the “rich” category set life goals for self-improvement, education, and their future while only 5% of the poor did the same. If that doesn’t say that success is a mindset, what else possibly could?

The study found that only 6% of those who fell into the rich category watched reality TV and 67% of the entire category watched an hour or less TV per day. Meanwhile 78% of the poor class watched reality television and just 23% watched less than an hour of TV per day. While the news and other television programs can be great for learning or to take your mind off of stress, many pet grooming franchise owners find themselves less productive when a TV is present. Instead of using it as a way to fill time, consider using television as a special treat to yourself after a particularly productive day. Pleasing the Pooch Dog Grooming Franchise in the Media 5 Tips to Boost Your Pet Franchise 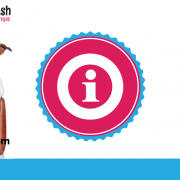 Low Cost Franchise Opportunities; Are Gym Franchises Worth it?